The Best and Worst Airports in the US 2021 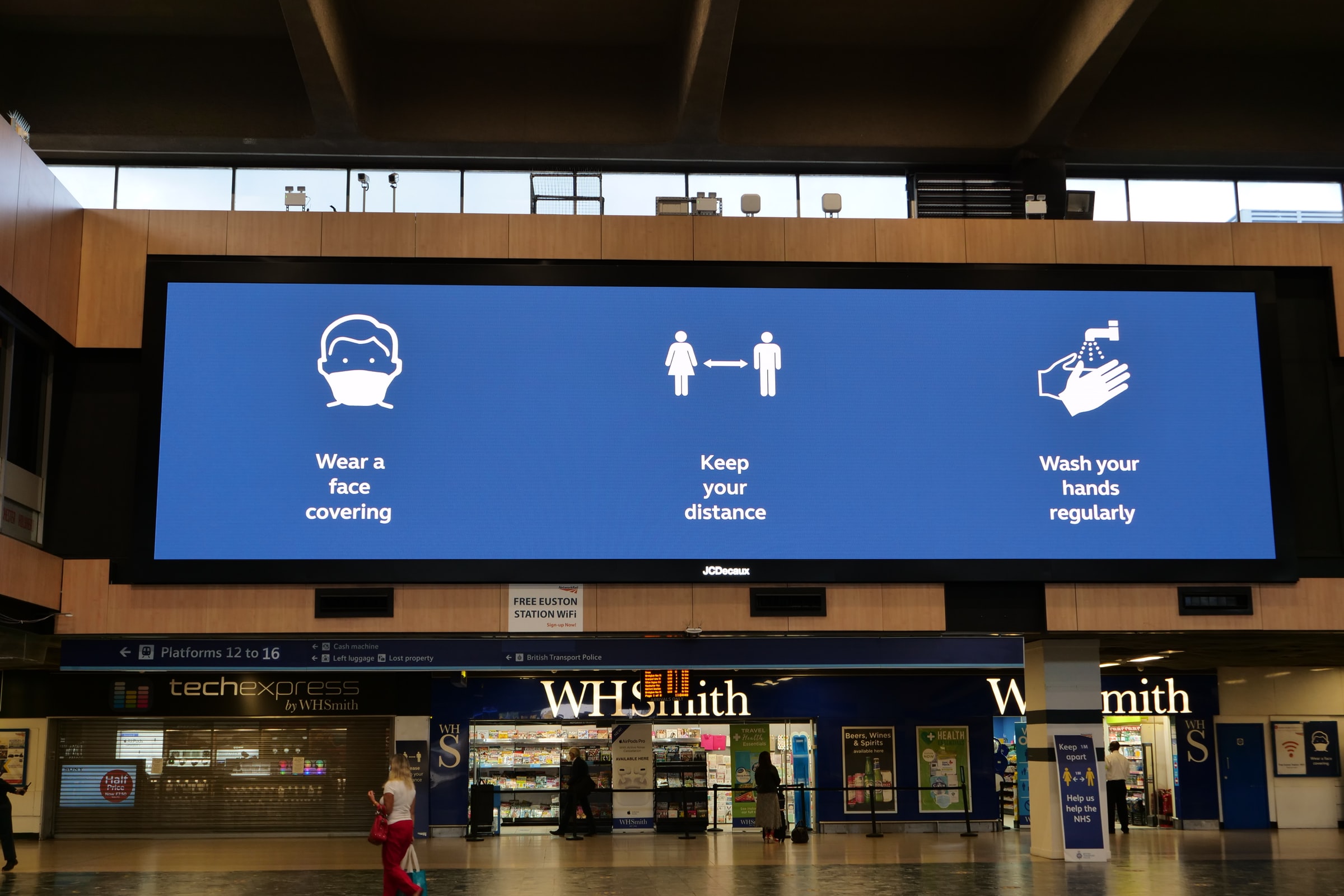 The US is a world leader in many spheres. The great military potential and economic might in particular have become a source of pride for every American. Unfortunately, the same cannot be said about US airports.

According to a rating of the best airports in the world by AirHelp, the first American airport on the list is ranked 33rd only. However, during the last year customers expressed more satisfaction with US airports. The average degree of satisfaction has increased and reached the highest point in 13 years.

You may ask which airports get the best feedback and which have the worst reputation?

With our article, you can learn about the best and worst US airports in 2018.

When we started ranking the airports in the US, we took into account several factors.

The first criterion was customer satisfaction. This complex category includes an evaluation of the quality of check-in, easiness of transport access, and duration of security check, as well as the quantity of shopping and dining outlets. We also took into account the number of delays and canceled flights and other amenities like the number of lounges available to passengers, and access to the internet.

We have listed the best airports in the USA ranking by customer satisfaction (max score 100%). You will find some mega airports (with more than 32.5 million people using their services every year) on this list. At the same time, large (10 – 32.4 million people) and medium (3 – 9.9 million people) sized airports also proved their quality of service was worthy of appearing in this ranking.

Thus, John Wayne Airport launched the Welcome Back campaign to re-establish trust by assuring the public that the Airport is taking all necessary health and safety precautions and that we look forward to welcoming them back when they are ready or need to fly.

Cons: does not offer a lot of food options.

Pros: has a variety of shopping and dining facilities.

Cons: higher flight delays in the winter (due to weather).

Established as a municipal corporation by the General Assembly in 1962, the Indianapolis Airport Authority (IAA) owns, develops and operates six airports in the Indianapolis metropolitan area. Learn about these airports, our leadership and more below.

Indianapolis airport staff makes your experience at IND to be as comfortable as possible. They will get you covered whether you’re looking for your next meal or a place to treat yourself. All Civic Plaza retailers are open to the public, but only ticketed passengers are permitted to enter post-security areas.

The Lee County Port Authority was first established by Special Act of the Florida Legislature on May 10, 1963. The Special Act became effective on Nov. 6, 1963 upon ratification by the electors of Lee County at a special election held for that purpose.

Pros: provides travelers with a variety of food and shopping options; also has animal relief areas.

Cons: the delays can be higher during the winter months.

Dallas Love Field Airport received “The Voice of the Customer” Recognition Award in 2021. This Award given to airports which demonstrated significant efforts in gathering passenger feedback through the Airport Service Quality (ASQ) Departures survey, to help them better understand their customers during the pandemic. To qualify, an airport member must have collected 3 or more quarters of data.

Pros: has many shopping and dining outlets (however, few 24-hour services).

Portland International Airport has direct flights and connections to most major airports throughout the United States, and non-stop international flights to Canada, Germany, Japan, Mexico, the Netherlands, South Korea and Iceland.

In October 2006 the Nashville Metropolitan Airport Authority started an extensive renovation of the terminal building, designed by Architectural Alliance of Minneapolis and Thomas, Miller & Partners, PLLC of Nashville. In addition to passenger amenities in the terminal and parking areas, the renovations included improvements to the airport’s infrastructure.

Pros: provides plenty of amenities for travelers including a children’s play area and meditation room; great for domestic flights.

McCarran International Airport is an international airport in Paradise, Nevada and is the main government airport for public use in the Las Vegas Valley, a metropolitan area in the U.S. state of Nevada, about 5 miles (8 km) south of Downtown Las Vegas.

Pros: provides a variety of food and shopping options available 24/7.

Orlando International Airport is also a major international gateway for the mid-Florida region, with over 850 daily flights on 44 airlines. The airport also serves 135 domestic and international destinations.

Pros: a lot of food options as well as shopping outlets; has an impressive art collection.

Detroit Metropolitan Wayne County airport is a major hub for Delta Air Lines and is also a base for Spirit Airlines. Detroit serves as Delta’s main gateway to Asia for the Eastern United States. The airport has service to 30 international destinations and service to 39 states across the United States.

Pros: has various rest facilities for customers such as a hotel, spa services, and retail.

Cons: the check-in system is a little bit complicated.

So now you know which airports in the three categories are among the best in the US. We have only described ten of them; however, it does not mean all the rest of the airports are not up to par.

At the same time, some airports receive the lowest feedback from customers. This list also includes airports from different size categories.

Pros: a small airport with a quick check-in.

Cons: a high percentage of flight delays and a low number of dining facilities.

Pros: provides decent food options (however, only vending machines are available at night).

Cons: has problems with public transport.

Pros: has a lower percentage of flight delays and cancellations.

Pros: has short security lines and all amenities.

Pros: flights are rarely canceled because of bad weather.

Pros: situated in a beautiful area.

Cons: lack of rest areas and comfortable sitting places; Wi-Fi is not available.

Pros: a variety of amenities and information signs, so you can easily find your way around.

Pros: has some cheap transport options.

Pros: quicker transportation to the city center (if you rent a car).

With our list of worst airports in the US, you will be prepared for any challenges you may face before and after flights.

Busiest Airports in the USA

There are some airports with high passenger traffic. However, many of them remain among the best airports in the USA.

As we have already mentioned, various criteria influenced our rating. We have compared the best and worst airports in the USA using different metrics. Refer to the following table to see how your favorites ranked.

You can see that the choice of the best and worst airports depends largely on your priorities. What is more important to you: more comfortable waiting time or fewer flight delays? Choose accordingly.

How Did We Rate It?

To provide you with the most realistic data, we based our ranking on the results of several surveys.

We rated the worst and nicest airports in the USA using customer satisfaction as a major factor. The numbers in brackets represent the percentage of people satisfied with the airport’s services. Note: these numbers were compared to the average in every category of airports (mega, large, and medium).

We have also studied customers’ feedback and ratings. While such information is largely subjective, it still reveals the strong and weak points of the airports.

In our article, we wanted to base the airport rankings in the US on a wide range of useful criteria.

To do a more thorough analysis, we took into account some numeric data. The major emphasis was put on the flights’ punctuality and the number of amenities, while customer satisfaction played a secondary role. The airports with the best average scores occupy the top places.

We also studied the rankings by Orbitz, which provided us with information on the percentage of delays and cancellations and the number of amenities available at US airports.

The infographics by Upgraded Points with their amazing estimations were useful during the evaluation of the best and worst airports. We also used customers’ reviews and feedback collected by Nomad by Trade, as well as some from the airports’ websites, for our airport rankings US 2018.

2. “The Voice of the Customer” Recognition by Airports Council International (ACI).

This is given to airports which demonstrated significant efforts in gathering passenger feedback through the Airport Service Quality (ASQ) Departures survey, to help them better understand their customers during the pandemic. To qualify, an airport member must have collected 3 or more quarters of data.

This year, 140 airports have been recognized around the world. Delivery of “The Voice of the Customer” recognition is sponsored by Amadeus.

Even though US airports are not known as the best worldwide, some of them provide excellent services and are deservedly the best in North America.

We hope that our article on airport rankings in the US was useful to you. Use it to choose the best place for your air travel – and to know what issues you might need to prepare for.

Cheap First Class will take you to London, Paris, Amsterdam, New York, or Hong Kong cheap! Get to the global capital destinations easily and forget about the overly-priced services of the vast majority of air flight companies online! Save up to 70% of your money with Cheap First Class luxury travel!