Northern of the Bavarian Alps, on the banks of Isar River, you can find Munich – the largest city of the German state of Bavaria. Having one of the biggest density of population in Germany, the city of Munich is still popular for migration and an expatriate location. All because of a high level of development of business, service sector, social facilities etc. Diachronically, Munich was a duchy’s capital, then a sovereign kingdom, and since 19th century became the cradle of science and culture of the region. Also, navigating its history for more than 900 years now, this city collected numerous architectural and art objects, creating a disparate legacy of German progress. Munich also held 1972 Summer Olympics after post-war reconstructions. It is a great idea to look for Munich business class tickets because this city has a lot to show. 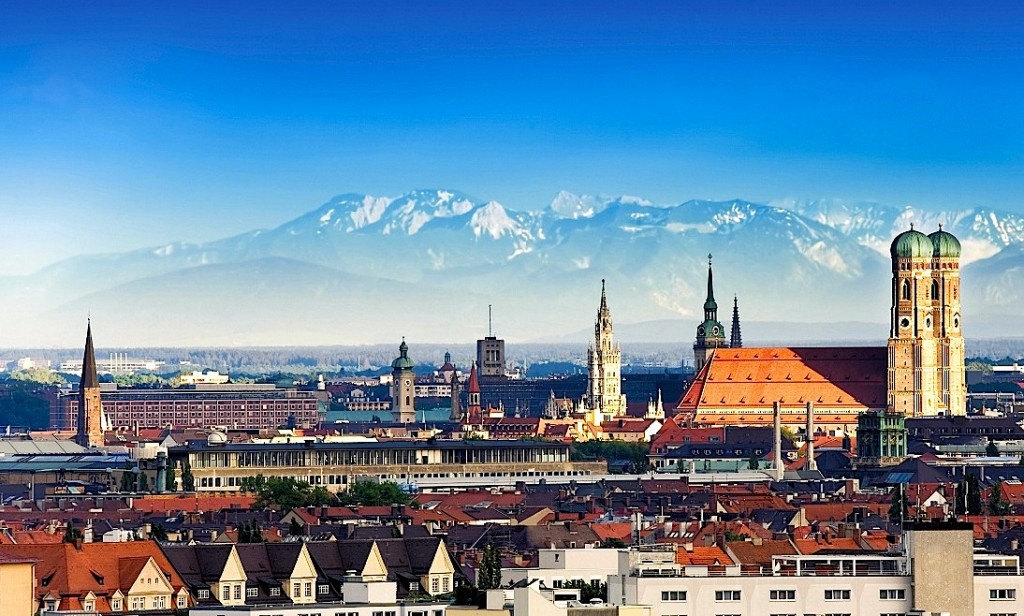 Tourists often find it quite interesting to observe the past of the city. If you are so, then the City Center, or the Altstadt, which is situated within the old fortification, would make you feel magnificently excited. The Old and the New City Halls would both strike with their sumptuous architecture and style, so as the Residenze, the former residence of Bavarian kings; the Altstadt also includes the largest church of Munich, the Frauenkirche.

Then, if you are an art-maniac or a geek, you will obviously love to visit the Maxvorstadt, a district that collected museums, galleries, universities, and other scientific and cultural institutions; you can find it right after the city center. Englischer Garten is the next stop and it is irresistible: it is bigger than London’s Hyde Park and New York’s Central Park and, at the same time, more comfortable and relaxing.

Many tourists look for cheap first class tickets to Munich for one particular aim – to visit the Oktoberfest. It is being held since 1810 and is the most famous beer festival in the world. It is nowadays composed of 14 beer tents, which exhibit biggest breweries of Munich and Bavaria. Every year the guests of the Oktoberfest consume up to 8 million liters of beer during the fest. Be careful! It can sometimes be so crowded that you would have troubles entering the tents.

However, you should not worry: the atmosphere is so friendly and cheerful that you would not want to leave the festival at all. Once visited, this scene will always be the beloved one. In addition, do not forget to visit the Residenztheater, one of the most important theaters in Germany; it holds modern and classic plays almost every evening. The streets around the Nationaltheater (also known as the Opera) abound with luxurious boutiques and provide goods from both worldwide famous brands and German companies.

If you take a Munich business class flight, you ought to be interested in business and economic situation in the region. It is commonly known that Munich has both the strongest economy and the highest level of life in Germany. It is a host for main offices of such companies as Siemens AG, BMW, MAN AG, Allianz Insurance Company etc. The city of Munich is the center of heavy industry, machinery, and engineering. In addition, Munich is famous for its service industry, including biotechnology and software conglomerations. Next to Frankfurt, the city of Munich is significant for its financial sector, being a host for HypoVereinsbank and numerous insurance and re-insurance companies.

Undoubtedly, Munich has the most developed publishing sector in the Europe, also one of Germany’s biggest daily newspapers, and a huge broadcasting network (ARD).

Northwest of Munich, you may find the Munich Airport, the second busiest airport in Germany. It serves as a hub for Lufthansa, Condor (these airlines are a nice helper if you search for discounted first class tickets to Munich) and Air Dolomiti as the biggest foreign carrier. A large and beautiful building consists of Munich Airport Center and two separate Terminals. Therefore, if you take a business class to Munich you would probably land here and experience all privileges of German cordiality.